Syriac Peshitta of the Pentateuch, 464 C.E., the second-oldest dated manuscript of Bible text 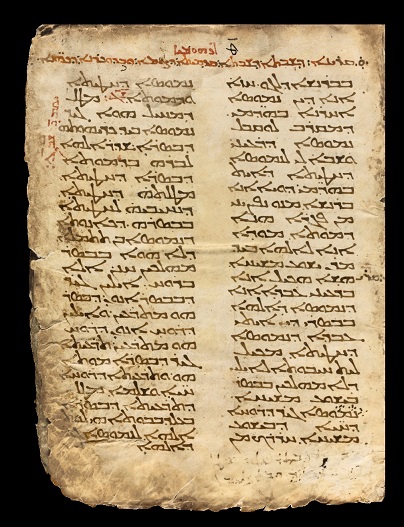 An eighth century manuscript of the Harklean version of the Gospels, with some missing text supplied in a fifteenth century hand from Mingana Collection (Syriac 124)

The Khabouris Codex (alternate spelling Khaboris, Khaburis) is a late Syriac manuscript of the NT dated to the 12th century. It is an eastern version of the Peshitta.

A West Syrian manuscript from about 1300. Contains the Gospels according to the Harklean version from Mingana Collection (Syriac 10)

An East Syrian manuscript from the seventeenth century (dated 1613). Contains an important text of the Peshitta version of the New Testament and other religious texts.